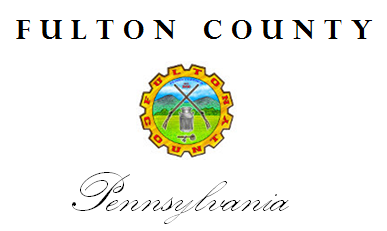 Fulton County, located in south-central Pennsylvania, was founded in 1850 when a state Senator who was initially opposed to separating Fulton County from Bedford County agreed to change his vote if he was allowed to name the County. The name originally being considered was Liberty, but the Senator proposed that the county be named Fulton after inventor and Pennsylvania native Robert Fulton. We are proud of our heritage and the natural beauty that surrounds us, and we have grown to approximately 15,000 people spread over 435 square miles.